The Library
The Annex

"Each Librarian has a guardian... someone who's trained in combat, tactics, survival. Sort of the brawn to the Librarian's brain. But... no, no. Much more than that. Sort of the, uh, common sense to their head in the clouds." - Charlene "And the Crown of King Arthur"

A Guardian is an elite bodyguard, chosen by The Library itself, assigned to protect Librarians during missions. According to Jenkins ("... And the Infernal Contract"), the priority is the Librarians' spiritual well-being, rather than their continued physical existence, helping them fight the seductive pull of the power magic offers, even to make the world 'a better place'.

Self-control: Guardians are there to protect not merely the Librarian's health but also their sanity, serving as a voice of reason when needed.

Loyalty: The Guardian must be willing to sacrifice him or herself if the Librarian is in mortal danger 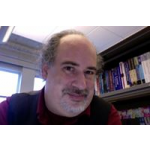