The Nwyfre Runestone was stolen from a group of angry Druids by the Librarians and brought to The Library.

Runes were a sacred alphabet used by ancient Germanic people. It was used to write all kinds of texts: commemorative, magical, poetical, many of which were written in stones. Today, they are considered dead as a language but are common in popular culture and in certain kinds of religion.

Library display card for the artefact- made by user magicexpert28 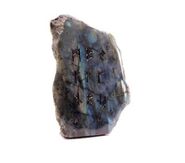 The Nwyfre Runestone.
Community content is available under CC-BY-SA unless otherwise noted.