Season 2
Season 1 is the first season of The Librarians. It premiered on December 7, 2014 and ended January 18, 2015. The primary antagonists are Dulaque and the Serpent Brotherhood.

Four ordinary people with extraordinary talents discover that they have been selected by Flynn to work for The Library, an ancient fellowship of knowledge and heroism. The quartet travels the world investigating strange occurrences, battling ancient conspiracies and protecting the innocent from the dangerous, secret world of magic.[1]

Due to the fact that the season was already well into production before the airing schedule was fully set, the episodes were originally planned to air in a different order:

The original airing order provides more clearly developed character and story arcs, especially for the development of the team. While some fans had hoped that this order would be used for the DVDs, the broadcast order was used instead. 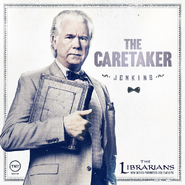 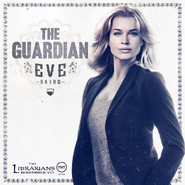 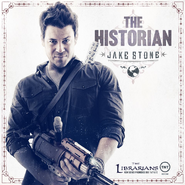 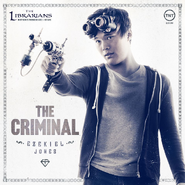 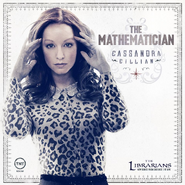 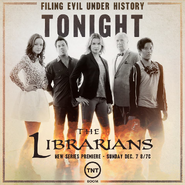 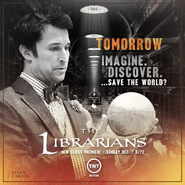 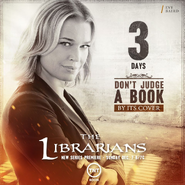 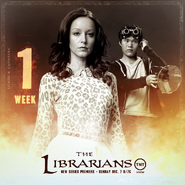 One week until premiere poster 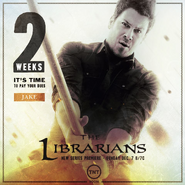 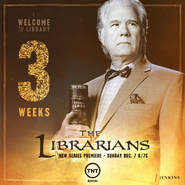 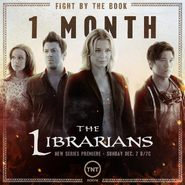 One month until premiere poster

Eve Baird top half with gun

Eve and the Librarians

Eve and Jenkins with the Librarians

Cassandra with hands at the side of head